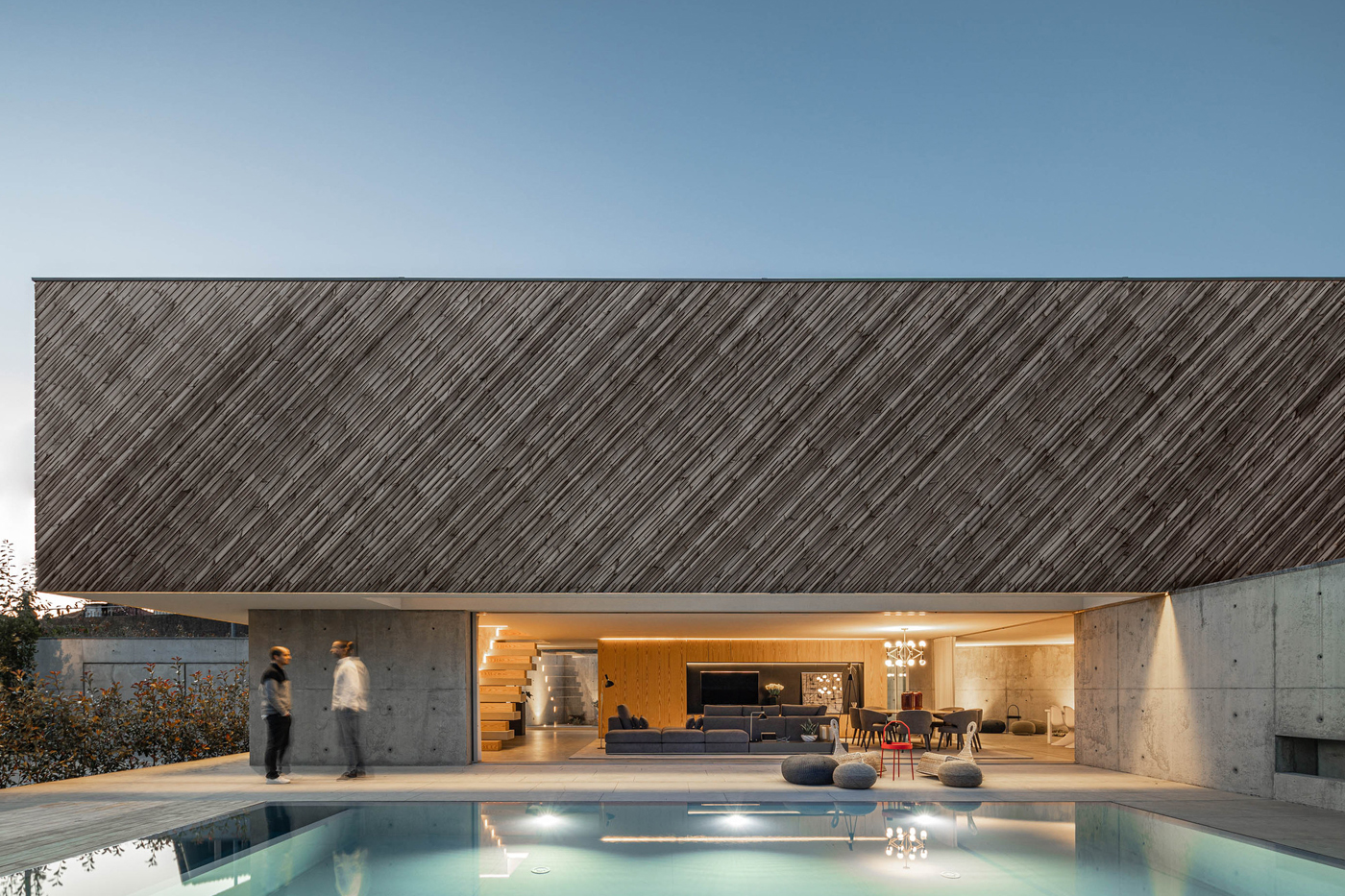 The House is located in a typical plot in the outskirts of the city of Guimarães and is characterized by a dense construction environment that surrounds the plot where we are intervening.

The project unfolds around the direct concerns of the context in which it is inserted – the privacy and dual altimetric nature of the lot. Split into two floors, the proposal revolves around two distinct relations of use, based on the use of gaps/yards – whether exogenous or endogenous – corresponding to the type of program which they restrict (social or private). For the social areas of the habitation, exogenous gaps/yards have been established to allow a plurality in the interior/exterior relations of the house, as well as to expand the habitable surface when the window frames are fully open.

The private areas are highlighted by endogenous gaps, resulting from the creation of a pure, blind volume, based on the earth retaining wall, which encloses itself – where, exceptionally, one of the adjoining walls is geometrically perforated, thus creating a point of entry into the high elevation – allowing the control of light and visual relations with the surroundings.

The containing wall, that starts in the outlines of the underground garage, maims the ground and ends at the outlines of the tangent limit of the swimming pool, and represents the rotation of the volume in a negative way, located on the top of the latter. This monolith is coated in wood, with diagonal rulers, alluding to a mere nest that surrounds the private area of the house. Concrete and wood merge on a shade of grays, in a constant chromatic mutation.